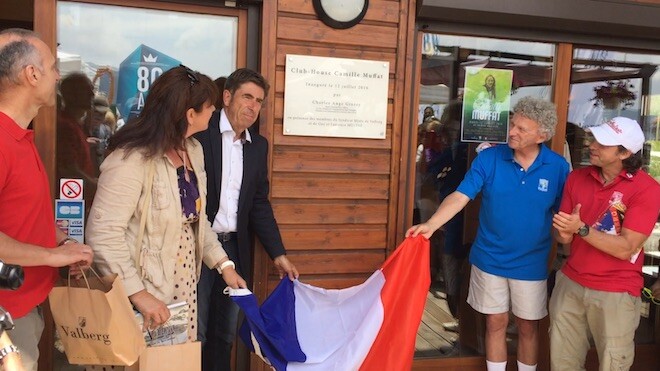 This Tuesday, July 12th was both a pleasant and strong moment in intensity.
Camille MUFFAT’s soul hovered above the 1800 meters of the VALBERG GOLF CLUB, each of the persons present for this tribute was certainly a certain gravity during the official speeches of the deputy Mayor Charles-Ange GINESY, of Nelson MONTFORT and Philippe CANDELORO but the good humour and the good words of the two lighthouse guests brought the celebration to what Camille MUFFAT would have wanted: a day of happiness under the sky and the mountain of Valberg.
Nelson MONTFORT did not fail to underline the action of the deputy Mayor Charles-Ange GINESY, Christian GUEMY, president of the Sports Club of Valberg and Virginie MIGNOT, director of the club of Valberg and responsible for tourism in Valberg in the realization of this Event.

The day started around 10:00 by a scramble, luck smiled to the competitors because the weather forecast had a few showers that occurred but without much impact on the course of the event.
As soon as the golf was over, and as we pointed out in the preamble, a sumptuous homage to Camille MUFFAT was followed by the unveiling of the commemorative plaque sealed on the façade of the clubhouse.

This day concluded with a lunch on the theme of the mountain concocted by Stéphane, manager of the Restaurant du Golf and his entire team.

The appointment was taken for 2017.

We thank:
GOTO Protection, Golf plus Cannes as well as the painter Renato for their participation in the awards ceremony.

The great actors of this wonderful day: 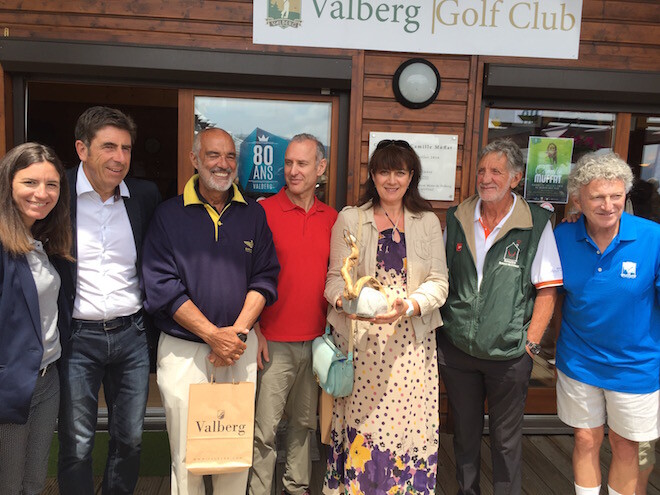 Mister and Madame MUFFAT with the winners of the competition 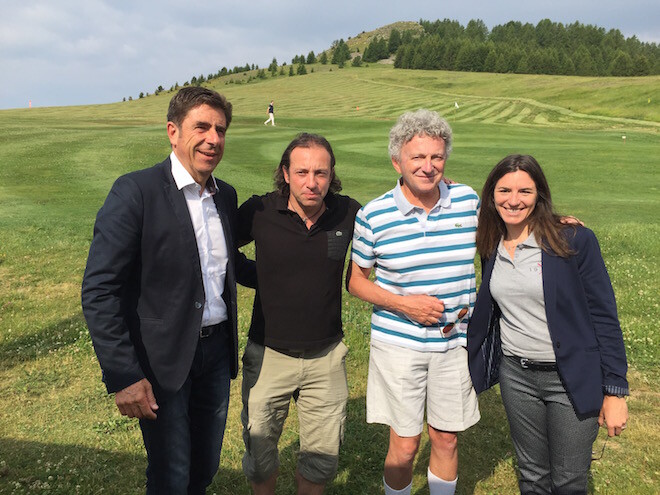 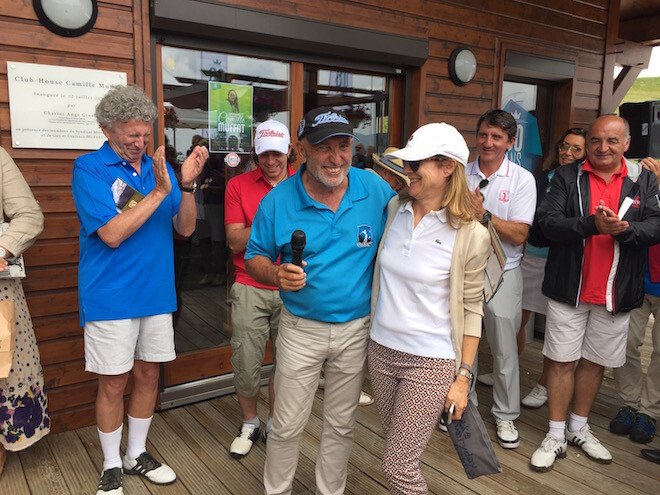